Peace lab Rwanda has been such a unique experience for all of us. From following the course completely online, to meeting the Rwandans who felt like the light at the end of a dark tunnel – I know that, even as a pilot course, we all experienced something special here. I’ve learned so much–one of the key lessons being the power of creativity in peace building. When you read about UN efforts and conflict prevention, to some, it might seem stuffy, stagnant and stiff. We were able to engage with so many creative thinkers (musicians, poets, artists and writers) through which we discovered that peace building can be vibrant and beautifully creative.  Our discussions have been lively and full of curiosity. Although we weren’t able to physically get to Kigali, it truly feels as though we got to experience a part of Rwanda and her rich culture.

Through our project, we tried to include as much of that rich culture as we possibly could. We included thematic references to Rwandan landscapes and wildlife as well as the Kinyarwanda language itself. The essence of the children’s book was the idea of unity and how valuable a united population can be. The title of the story is Protecting Ubumwe, and to those of you not fluent in Kinyarwanda, ubumwe means unity. Although our writing does take the form of a fairytale and might seem trivial, we made sure to include this concept alongside ideas relating to female empowerment, hope and resilience. It can sometimes be difficult for young children to digest traumatic and complex pasts. Therefore, while we began developing and writing this story, we wanted the end result to not only be a didactic reading experience but also to be a therapeutic one. Many of the authors we interacted with explained that the retelling of stories and the writing experience aids in processing the trauma of the genocide. Although Rwanda’s children had yet to be born at that time, trans-generational trauma is undoubtedly present in the country. Trauma like this is explained as trauma that can be passed on through generations–that the symptoms and behavious of trauma can be passed on through the genetic lineage. This means that some young children will need to gain a better understanding of past events and the importance of unity in order to move forward and heal. I wanted to share an extract of our project with you all:

“They skipped through the many areas of the kingdom until they could go no longer: through the icyezezi pink-tented lane, past the silver lights on gutangara row and down by the urufuro riverside. On their journey, Amahoro would remember what her mother had told her about the past. She marveled at how far Ubumwe had come as she watched little fairies of all kinds playing together. Fire fairies would light up the sky with magical colors that others would wonder at for hours through the night. Earth fairies would show their talents by growing flowers and trees to match those colors – letting others smell their sweet smells and climb into the sky for their own mini-adventures. Wind fairies would shake those trees letting leaves of all shades float to the ground. Water fairies would create rainbows in the sky just so that space matched the kingdom’s floor. Amahoro told Neza of her realization. The two little fairies smiled at Ubumwe getting back its unity.”

This section highlights the importance of unity and that no matter our differences we can, and should, unite to make the world a better and brighter place. In my previous post, I wrote of the significance of the phrase “othering is the essence of conflict.” While highlighting the value of unity in our story, it was important to me to illustrate this as well, since this is where hate and violence starts. When we treat each other with dignity and respect, then that better and brighter place can openly come to life. 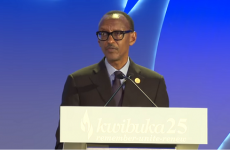 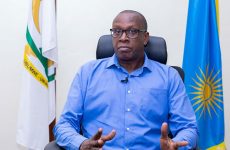 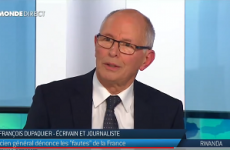