For the past 26 years, we have read and listened to allegations and fabricated stories by some self-proclaimed experts on Rwanda.

These stories published in international outlets range from politics to economy and the social lives of Rwandans.

The same fabrications and allegations appeared in an article under the title “VN beschuldigt Rwandese president van mensenrechtenschendinge. Kagame heeft vuile handen,” authored by Miriam Mannak, a correspondent of the telegraaf.nl based in South Africa.

The author, basing her assessment on an article by one Judi Rever and Benedict Moran jumps to conclusion that  the “UN accuses Rwandan president of human rights violations” as if she is a Judge or a UN court to render verdict against any person, including a Head of State.

In the article, she mentions anonymous witnesses as reflected in previous works of Rever and Filip Reyntjens both of whom are discredited. As was the case when she publicly tried to cleanse Jean Paul Akayezu, Genocide convict, the author in no way questions Rever’s support for the perpetrators of the 1994 Genocide against the Tutsi.

It is under Akayezu’s conviction by the ICTR in 1998 that rape and other forms of sexual violence could constitute genocide. Akayezu whom Rever labels as an innocent man was the first person to be convicted by an international court for rape as a crime against humanity. How then can the author base her story on such a person?

As for the case of Paul Resesabagina, it goes beyond imagination that the author – in her capacity as a correspondent of a Dutch national newspaper – forgets the December 24, 2018 negative and damaging travel advisory issued by the Ministry of Foreign Affairs of the Netherlands. The latter warned its citizens against travel to parts of western Rwanda following deadly terrorist attacks in Nyabimata which Rusesabagina acknowledged and declared allegiance.

Does Mannak really think her beloved country would permit a self-declared terrorist to stay there unhindered? If so, Ridouan Taghi, whom the Netherlands had issued a €100,000 (Dh408,000) reward for his capture, should be returned to Dubai.

Rusesabagina, portrayed in a 2004 Hollywood movie as a “Hero” who helped save the Tutsi during the Genocide, was never arrested for criticizing anyone as his daughter claims. He was arrested for his criminal actions which lead to the formation of an armed terror group – the National Liberation Front (FLN). Before advocating for Rusesabagina’s terror acts, has she read the letter released by US scholars on his support of terrorist attacks against Rwanda?

Rusesabagina’s heroism was discredited by the survivors from the hotel who describe him as an opportunist who charged money from those who sought refuge there or required a signed check as a guarantee of future payment.

One survivor, Edouard Kayihura, has co-authored a book with Kerry Zukus titled “Inside the Hotel Rwanda: The Surprising True Story… and Why it Matters.” Other people with knowledge of events at the hotel questioned the Hollywood version. Gen Romeo Dallaire, the Canadian who commanded the UN peacekeeping contingent in Rwanda, referred to the movie as “junk” because of its disregard for the truth. In a video that has been circulating on YouTube, Paul Rusesabagina himself acknowledges the embellishment of events in the movie.

In spite of Rever’s book promotion as a groundbreaking piece of so-called investigative journalism, the double genocide theory is not new as illustrated by Jos van OIJEN, in his article “In Praise of Blood’: Sensational, but does it fit with reality”?

As for Reyntjens, a well-known Genocide denier, his credibility on Rwandan matters raises doubts among those who know his venom towards Rwanda – right from his involvement in the drafting of the genocidal constitution to becoming a top advisor to the government that committed the Genocide Against the Tutsi.

As if not enough, the evilness of Reyntjens continued to manifest in 1996-1997 when a convicted genocidaire Ngeze Hassan, chief editor and owner of Kangura newsletter, and the man behind the genocide media and 10 Hutu commandments, received three letters of compassion from Reyntjens himself.

Mannak should desist from peddling fabrications and sensational myths by some of the most discredited so called experts on any country’s history, culture and people. 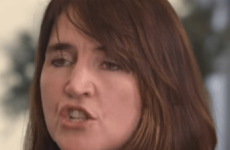 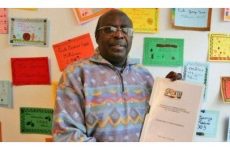 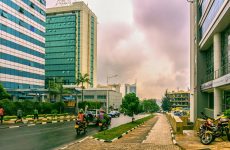